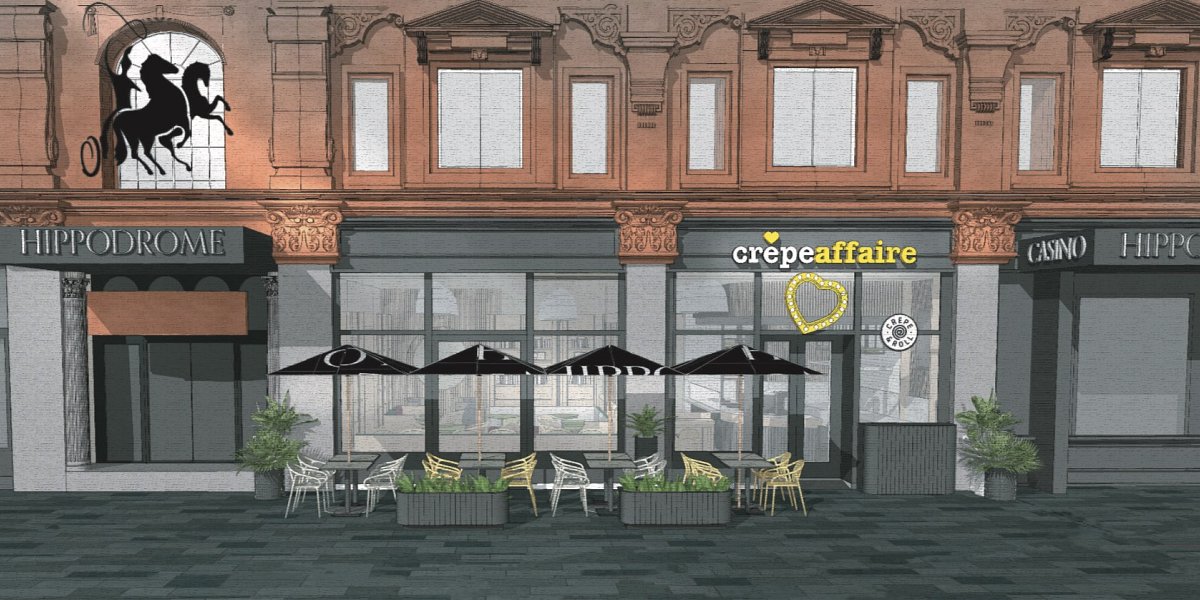 The Hippodrome Casino has announced a £3m investment to open three new dining and drinking concepts this year, following the acquisition of an additional 2,400sq ft space on Leicester Square's Cranbourn Street.

Opening in July, the first new outlet to join the Hippodrome's expansive hospitality offering is CrêpeAffaire, creating a 1,200sq ft eatery serving French crêpes and galettes, along with barista-style coffees and desserts. An innovative evening addition of 'Crêpes & Cocktails', exclusive to the new Hippodrome venue, will also be launched.

A new Chinese restaurant, Chop Shop by Four Seasons, will also open on the lower ground floor in July. The interior will resemble the streets of old Hong Kong, with the menu featuring dishes such as Four Seasons' renowned roast duck and premium dim sum, including a range of vegan options.

"We are delighted to be partnering with the Hippodrome to bring our globally recognised Chinese food to a broader demographic within such a historic venue," says Kwan Lam, chief executive of the Four Seasons. "The Hippodrome's ethos perfectly matches our own and we are looking forward to a long and successful collaboration."

A third opening – a new and hidden subterranean cocktail bar concept – will open later this year.