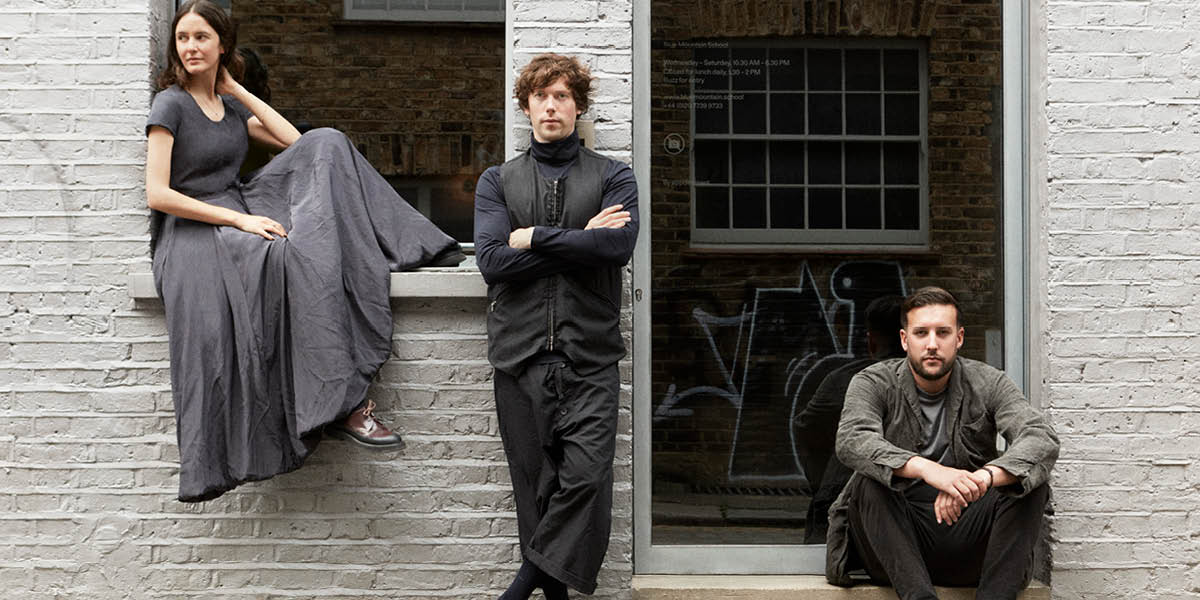 Founders of Blue Mountain School – a designer clothing store in Shoreditch – have announced the launch of Cycene, a new restaurant developed in collaboration with chef Theo Clench.

Set to open in October, Cycene – meaning 'kitchen' in Old English – marks the next chapter for Blue Mountain School founders James and Christie Brown, who will open the venue on the corner of Shoreditch's Chance Street and Redchurch Street. The concept will take over two floors of the restored townhouse which was opened by the Browns in 2018, incorporating its own bar on the ground floor. This follows an extensive remodelling to include the first-floor rooms which were previously Mãos restaurant – the Brown's first culinary project.

The founders hope a visit to Cycene will emulate the feeling of dinner in a private home. Theo Clench, formerly both executive chef of Akoko and head chef of Portland, will head up the Cycene kitchen. His 10-course menu will demonstrate classic techniques with subtle influences from his travels, namely through Eastern Asia and Australasia, while drawing on his passion for seafood. As opposed to changing in entirety every few weeks, dishes on Clench's menu will be regularly adapted.

A succinct list of cocktails will be offered, along with minimal intervention wines and kombuchas. A selection of bites will be served alongside the aperitifs, whether it be charcuterie made in-house, a selection of ingredients used from the pantry or delicate snacks such as Devon crab, white combu and green tartlet.

The venue's state-of-the-art kitchen, double the size of its previous incarnation, will have specialist aging chambers, allowing for meat and fish to be aged in-house, as well as fermentation lockers for the development of bespoke soft pairings of drinking vinegars and elixirs, to be offered alongside the meal itself.

The restaurant will hold 16 covers, where guests will tuck into a menu of dishes such as Carlingford oyster with cucumber and kaluga caviar; mackerel with plum, shisho and dashi; and slow-cooked turbot with lettuce sauce, sake and oscietra caviar. A bread course, accompanied by three house-made butters – seaweed, fermented shiitake and salted cultured butter – will be served part way through.

Table bookings will be open from Wednesday 10 August.