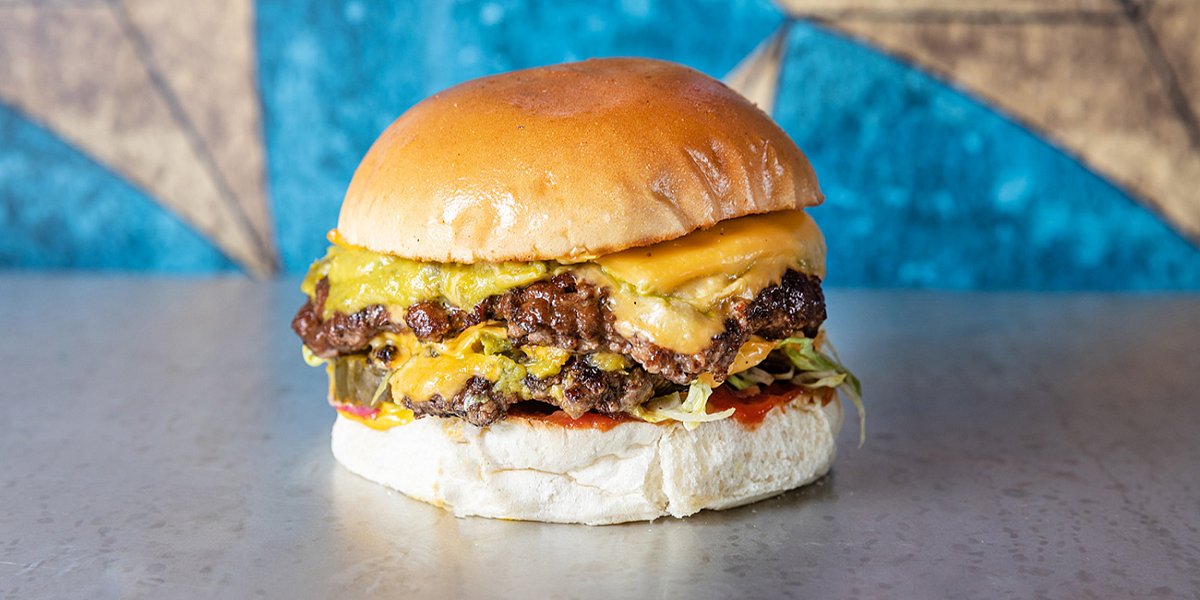 Burger brand MEATliquor has opened south of the River Thames in the lively neighbourhood of Clapham Old Town, SW4.

The launch marks 10 years since MEATliquor opened its first ever restaurant in central London.

Its new site features bright graffiti signage on arrival, inviting diners to ‘sin along with the Common people’. The venue has two split-level bars, a 170-cover dining area and an outdoor garden space. There is also the ‘poke for Jägermeister’ table buttons, five large sport screens and live music events, including DJ nights at the weekend.

"We’re all revved up for the new opening," says co-founder Scott Collins. "This site will be a great addition to the south west with a massive garden, two bars, a pool table and televised sports on five screens. Add all of that to MEATliquor’s insane cocktails and draft beers galore, Old Town will be a one-stop fun-stop."

MEATliquor's Green Chilli Cheese burger (pictured above), where a double patty is smothered with American cheese and spicy green chilli butter, then finished off with red onions and pickles, recently made it to the National Burger Awards final.