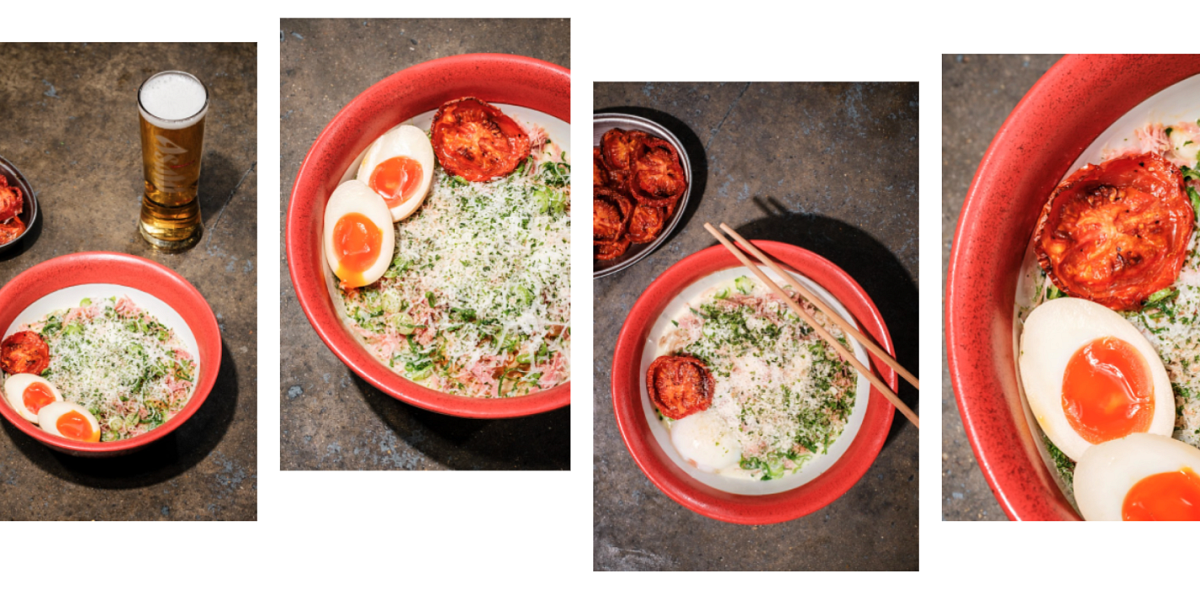 As part of a year-long series of monthly specials to celebrate 10 years since Bone Daddies opened its first ramen bar in Soho, this month's partnership will see Bone Daddies' executive head chef Tom Moxon team up with Ivan Ramen to bring his signature 'Breakfast Mazemen' (aka 'Breakfast Ramen'), as seen when Ivan appeared on the Netflix show Chef's Table, to London for the first time.

The collaboration has been developed alongside Japanese beer brand Asahi Super Dry. While May's installment is breakfast by name, the dish will be available from 11:30am–11:00pm across all Bone Daddies restaurants.

On top of bringing the breakfast ramen special to the menu throughout the month, there will also be a one night only kitchen takeover 'ramen party' at Bone Daddies' Bond Street site at the end of the month, offering an Ivan Ramen-inspired menu and hosted by Ivan himself.

Ivan comments of the partnership: "We are super excited to bring one of our original dishes, the cult-favourite Breakfast Mazemen, from my first location in NYC to London for the month. We also worked collaboratively with Tom and the team at Bone Daddies to put together a great pop-up menu that showcases a bit of what we do with a touch of Bone Daddies' playful interpretation such as ramen scotch egg, burnt yuzu cheesecake soft serve, and more. Hope you can join us and we look forward to meeting as many of you as possible at the party on 26 May."