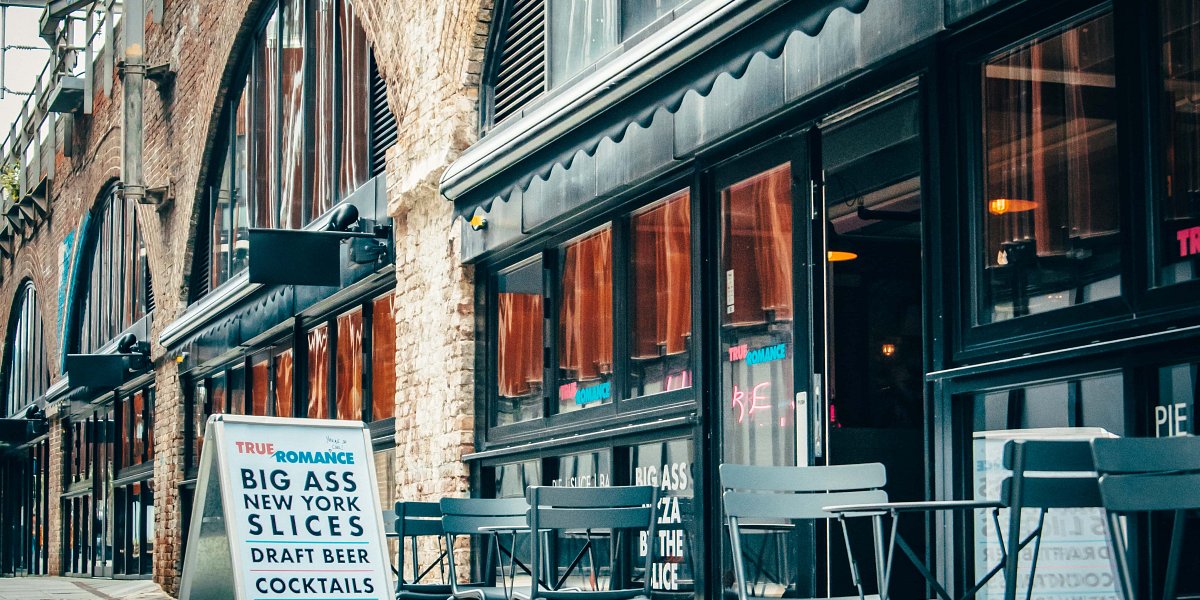 LabTech, property investment company and owners of Camden Market, has announced that two new dining concepts are joining the venue's growing F&B community, alongside a string of other launches – including a new brewery and café.

American pizza concept True Romance has officially opened to the public, serving cocktails and pizza by the slice. Founded by Pete Clucas, the man behind Camden's Lost Boys Pizza, the restaurant has an all-American style, with an interior adorned with reclaimed, reused and recycled materials, along with 90s-inspired décor to mirror the namesake film. The 1,095sq ft, two-floor space within an railway arch seats 62 covers inside and a further 20 al fresco.

On the new opening, Clucas comments: "Camden Market Hawley Wharf is distinctive and much like the Camden Markets more widely, it champions newcomer brands like True Romance. We've had great success since opening Lost Boys a few years ago, and my love for Camden made me jump at the opportunity to come here."

Also joining the growing F&B destination is Jollof Mama, a concept dedicated to serving Nigerian cuisine with a twist. With several years' experience at street food market KERB, the brand has now taken on a unit within Waterside Halls – the Market's covered, independent retail and open kitchen dining hub. Jollof Mama will be located on the second floor of the east building.